June 19th 2021, the respected artist Dawn Tree will close the brilliant show in the Greenarch Building, which is over looking downtown Tulsa in a Penthouse location. You can look forward to breathtaking art combining large scale visual artworks, film, animation, and an interactive music room. This adventure will invite the visitor to reflect on what joy feels like while dissecting the issues continuing to plague the black community. The Greenwood Joy Experience is a 1 hour immersive experience that reconnects visitors to themselves, the Greenwood legacy, and humanity.

Last and Final Showing in this location:

Tickets will be needed to attend 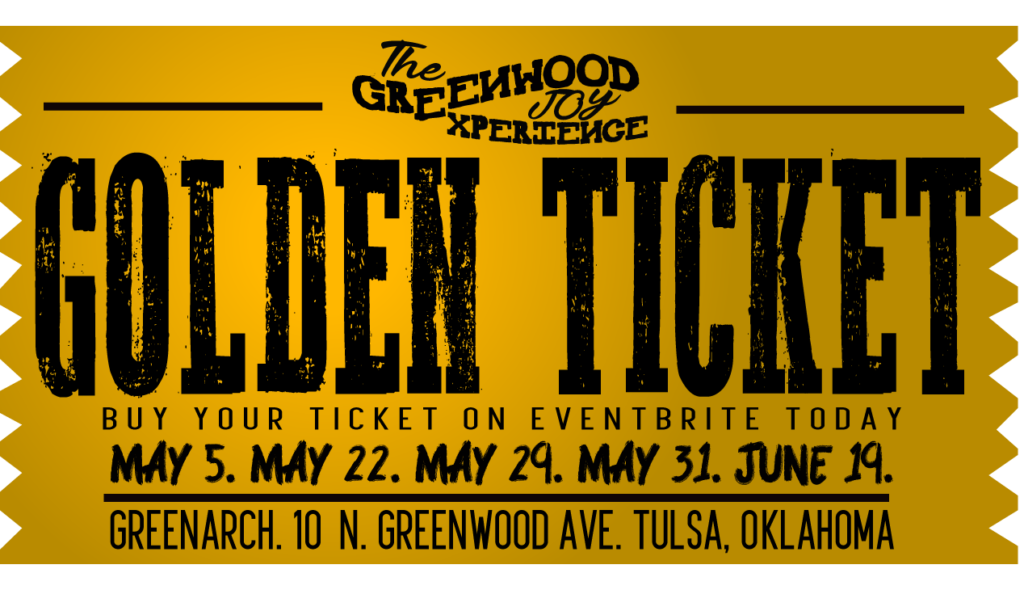 Private press sessions to view exhibition space can be arranged

It would be appreciated if press still purchased tickets

Graphic art book by Dawn Tree (offered in local public school)
Tulsa’s Black Wall Street: A Modernized Revelation
Available here
Reviews:
Artista Dawn Tree’s exhibit at the Greenwood Penthouse is truly an exhibit of “JOY” which is the theme of her presentation. I met Artista Dawn Tree during the Greenwood Cultural Center’s Summer Youth Program and we hit it off right away. I quickly adopted her and we have kept in touch even during her travels to the Motherland, and New York, both adventures we share in our lives, meeting people, seeing different kinds of “JOY” and how it is expressed in the different ways that Artista Dawn has created in this space. She has incorporated the Massacre with the theme of “Joy” throughout the different spaces created and there is one room that is a fun interactive! It is really breath-taking the sensual textures and earth standing colors and textures put into a melody of feelings and moods of expressing how out of that tragedy, there is “Joy”. A lot of folk see destruction, but this artist… this expression is pure JOY (“Jovial, Obtainable, Youthful)!!! E Ku Se’ (I Salute Your Work)!!! —Therese Anderson Aduni, North Tulsa Black Business Directory
Dawn Tree has an installation “The Greenwood Joy Experience” of her artwork and video on the 5th Floor of the Green/Arch Building at Greenwood and Archer. In it she juxtaposes upbeat music videos with video footage of how White developers have used the legal system to procure Black owners’ land and property at a fraction of market value – or in her words “focusing on sustaining joy, reflective of Oklahoma’s Black Wall Street” – definitely worth seeing! – Steve Liggett, Owner of Steve Liggett art studio 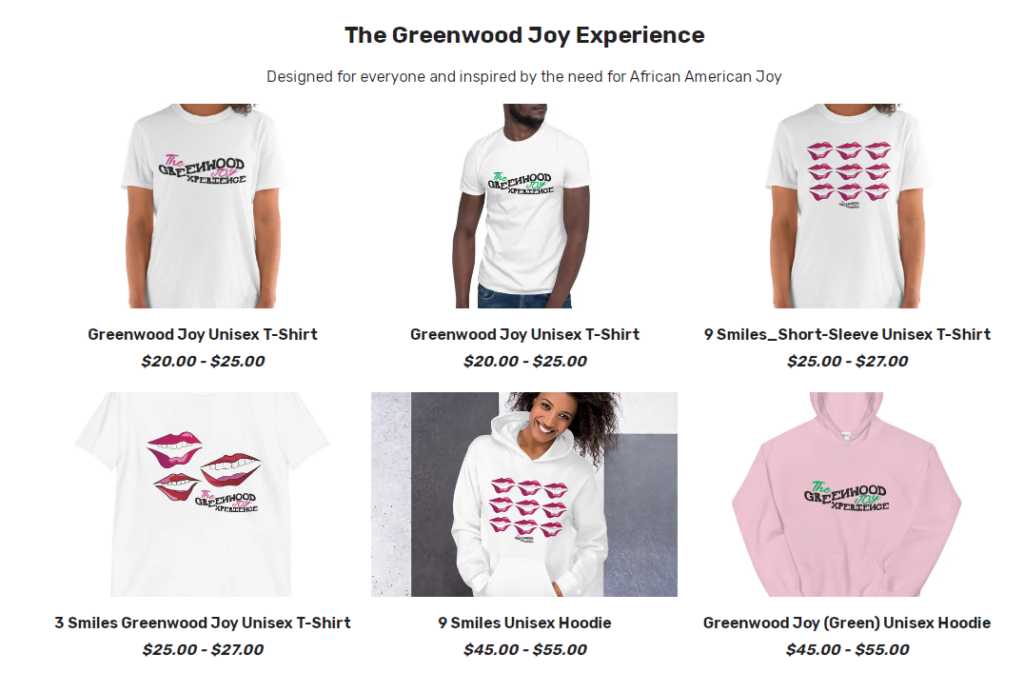 Dawn Tree uses visual and botanical properties of trees as a metaphor for her multimedia work in graphic design and visual art. Referencing her personal experiences of rootedness and displacement, the logo for her creative art studio Underground Tree Studios features massive roots of an upside-down tree reaching for the sky. She explains, “it only takes one good root for a tree to grow; branches can break and leaves can blow off during any season.” Dawn Tree left the Washington, DC area to return to Oklahoma because of her Tulsa community relationships. During the uprising following Freddy Gray’s murder in 2015, she spent some time in Baltimore then returned to her roots.

Photographic collages for her 2019 graphic art book, Tulsa’s Black Wall Street: A Modernized Revelation, use materials and images differently from her previous and current non-representational abstract paintings on found wood. Combining archival photographs, newspaper clippings, and related found text, the multi-layered book images all simulate three-dimensional space, defying traditional flat collage techniques. “Drexel Vibes” shows the most extreme formal perspective—bringing the viewer into the image’s layers—and juxtaposes photographs representing two principal characters from one of the massacre’s origin stories. The story of these two young people in the Drexel office building, never ultimately confirmed from its different versions, became a myth embodying the massacre’s senselessness. Like all myths, the story attempts to explain the unexplainable. This one frames the incident of a young Black man’s arrest for allegedly assaulting a White woman as the massacre’s point of provocation. A persistent alternative story is that the two were in a forbidden interracial romantic relationship, and a lover’s quarrel in the elevator the young woman operated was misconstrued as an attack. As in her other images, Dawn Tree juxtaposes revised history and prevailing mythology, reflecting how African Americans in Tulsa and elsewhere have to establish a clarifying reality that pierces through privileged and White supremacist thought.

The book images consistently feature forests and trees in the area surrounding Greenwood and Tulsa. Towering trees represent “natural and organic”; they stand strong and are supposed to be there. This correlates with the community, which was built. The trees were there first. Their lofty foundational presence situates subsequent events on a continuum of human history that displaced them—just as White residents of Tulsa tried to remove the Black people who had built a thriving community of their own.

Continuing her tradition of inviting viewer interaction, Dawn Tree’s multi-part interactive installation combines projected moving and still images. Iconic images from her book join new visualizations that continue the story of reinvented Black life in Greenwood. She invites residents to imagine their future through digital responses (that she will synthesize and share) to specific questions about what they would like to see in Greenwood’s future. Dawn Tree continues working with young people to visualize within the installation spaces their dreamed future in Tulsa. Dawn Tree’s installation combs through the past for discarded history, current motivation, and guidance for achieving “future justice and restored economic prosperity.”

The Soft Opening was everything!